As technology has made so many positive changes for the betterment of mankind, technology has also made negative impacts to mankind as well in the name of excessive profit, climate change, political corruption, consumer health & safety, financial corruption and little or no accountability sum it all up.

When Uber & Lyft made their mark on the world with ride share and brought true need for change with the marriage of technology meets the transportation industry that impacts the consumer/passenger. The number one evil empire and virus to the American public has been to date the yellow cab taxi industry so far. Uber (notably) built a black car executive service and built a mobile application to compete with the yellow cab industry in San Francisco. As we all know Uber has become the global behemoth. Shortly after launching Lyft jumped into the same with limited success as another choice to Uber, but never truly established any type of controlling market share anywhere. 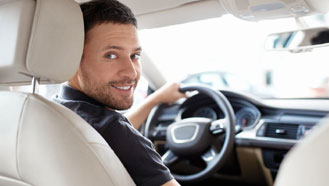 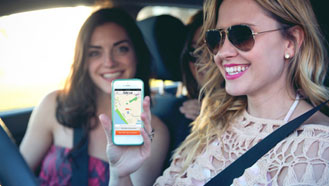 Overtime Uber & Lyft has made highly profitable achievements in this newly formed ride share industry, while nearly crippling the taxi cab industry nationwide and putting many taxi cab services out of business in the process. The taxi cab industry alone has been affiliated with all levels of crime and political corruption. Given this new industry created called ride share, the general public now have the power to choose who and where they want to go with the power of a mobile application.

As many years went by many prominent issues or challenges have impacted the ride share industry in which Uber & Lyft have done little to improve, or even acknowledge. Uber & Lyft as constantly being faced with law suits, hiring & using former secret service agents to intimidate & safety issues for passengers & drivers, improper evaluations of drivers, illegal phishing on consumer data, discrimination practices, skimming revenue from its local/state business partners, and influencing political corruption all in the name of profit.

That is where Darren and his associates / partners have monitored the ride share industry, among other industries as well for various reasons. A year ago, Darren and his associates decided to take their existing businesses and merge them into corporation that will provide both products and services that impact the consumer & business at the local, regional, national, and global level. Darren has a very successful technology consulting business, working with clients like IBM Global, IBM Education & Training, Bank of America, Citizens Bank, Verizon, Red Box, National Grid, PwC, Under Armour, SAP America, Homeland Security, Washington Mutual, UBS Paine Webber, FIS, Old Navy, Walmart, Target, Sprint, T Mobile, Lucent Technologies, and Blue Cross Blue Shield.

Darren and his associates have worked together on several projects in Technology and Entertainment with clients like Warner Brothers, Twentieth Century Fox, Universal Studios, Verizon, Sun Trust Bank, AT&T and Ion Networks. Now with the creation of Merxury Technologies Inc, the first product/service to be launched in 2017 is the mobile application called " Merxury Ride Share", second product/service to be launched late 2017 will be the interactive online web shopping mall and e-commerce mobile application, the third product/service will be a series of mobile application games and the other key projects currently are in development as well the final concept phase.

Currently at this juncture Team Merxury is working hard to prepare for the launch of the new mobile application "Merxury Ride Share"due to launch around April or May of 2017. Upon successful testing of the mobile application with various organization including colleges, universities, police departments, hospitals, senior retirement facilities, airports, hotels, drug stores, malls, and specific general locations.